Grounded Space went for a Run

What is Grounded Space? I’ve only had this question on my mind for a few weeks, since starting as the Research & Design Summer Student at BACI … but the Grounded Space (GS) crew at BACI have been wondering for quite some time.

My field of study is user experience design, which in its simplest terms is making things that help people achieve their goals. In my first weeks I’ve been learning about what BACI does, and how it operates while gaining a sense of Grounded Space’s mission … to help push BACI forward by creating better solutions through learning, listening, testing and trying.

The Grounded Space (GS) team is gathering research and test out new ideas. Designs are best when we test them out with people, so on the 14, 15 and 18th of June the GS team went out to locations around BACI to test and see if the ideas that came from our research and insight might improve the life of people we serve and staff.

This three day exercise was a sprint. It didn’t require any running, however a design sprint is similar to running as its a place where ideas should quickly move forward, not slowing down till after the sprint is over. This practice gave the GS team the chance to test and see if a new role supporting staff, and users, would be of useful. Bytesting and chatting with individuals we were able to design new initiatives, focused around the people they are meant for instead of a management mandate. 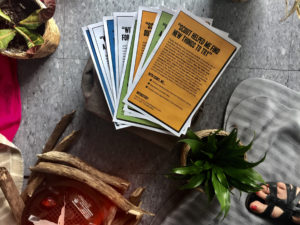 The idea that the GS team is currently testing is named Scout.

Scout is intended to be a helpful, like a librarian, with the resources and delight of Mary Poppins! We came up with this idea, along with several others, after months of learning about Staff and Individuals at BACI. Through testing, we were able to see what ways this role could help staff, and how this idea could move forward to become a reality. We had Scouts interact with people around Still Creek, and learned a lot about what a Scout needs to know, what tools Scout will need and how useful and different Scout is compared to th

The Scout we tested during this sprint will not be the same as the final version that GS will implement, but the more we test and learn, the closer we can get to creating something that provides value to everyone at BACI. 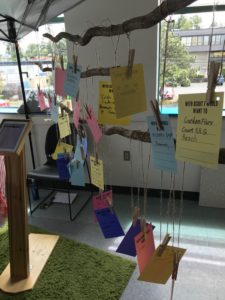 GS doesn’t have a magic solution to every problem people face. We hope that by solving problems in new ways today everyone at BACI will be more ready for the challenges of tomorrow.

Hopefully you’ll be able to see the GS team Scouting about soon. We’d love to inform and engage everyone to create an increasingly